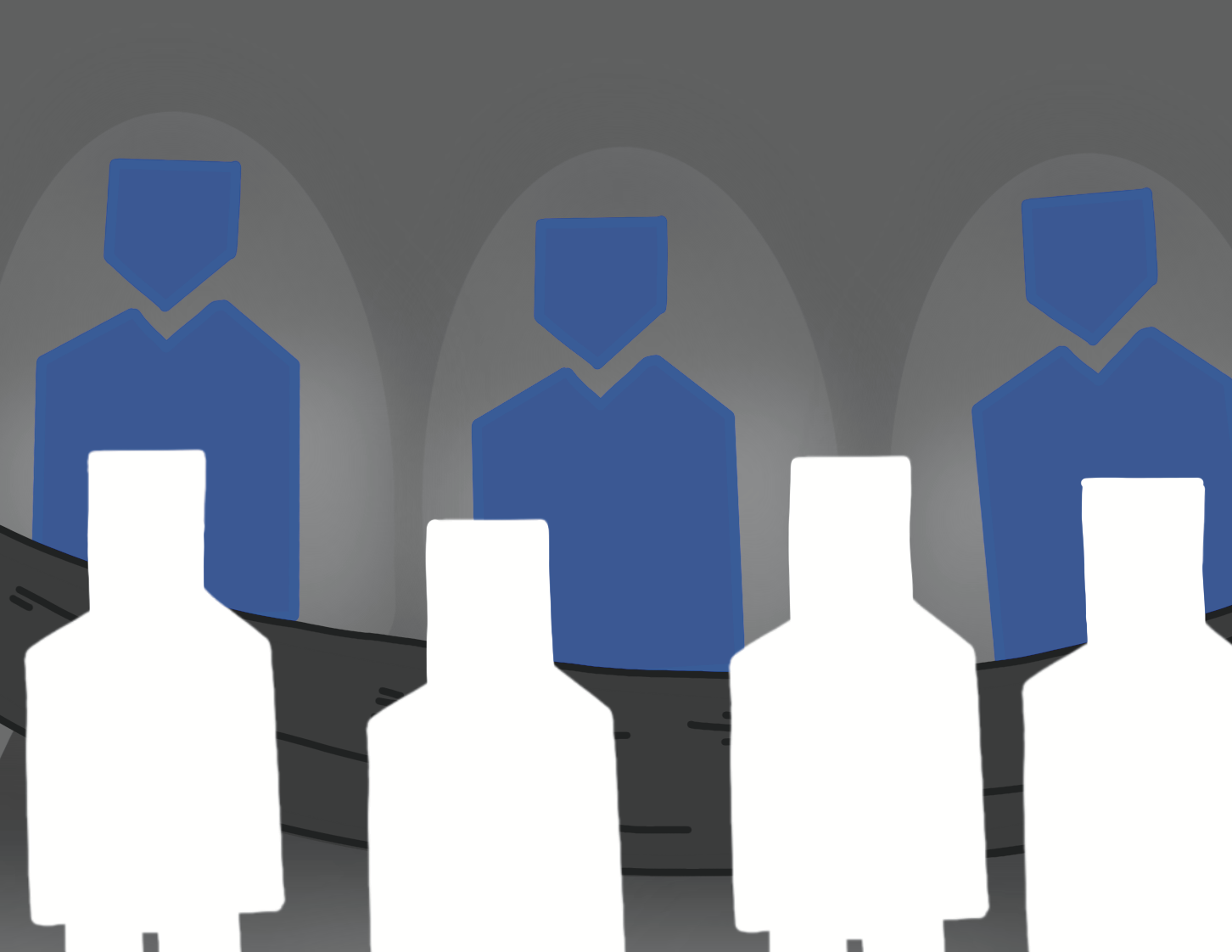 From Outside Party Lines

Damon Krane knew he needed a new approach when running for an At-Large City Council seat this year after a failed bid for mayor of Athens in 2019.

Krane, an Independent and prevalent organizer in Athens, made a conscious effort to “de-emphasize” himself in his Council campaign in order to keep the focus on issues impacting Athens.

“I don't see this as being about me. It's not a vanity project,” Krane said. “It's an effort to really change city policy and make a city government that's more representative of the city population.”

Krane said that strategy came to life as a result of his opposition painting him as overly combative and unhinged in 2019, leading to more discussion on Krane’s personality than the issues. This year, before Krane even launched his campaign, he said he spent three months identifying and attempting to convince around 100 individuals in Athens to run for elected office. One of those individuals was Iris Virjee, a fellow Independent who also ran for an At-Large seat.

Krane and Virjee both lost on Nov. 2, with the three incumbent candidates retaining their At-Large seats on Athens City Council. All three are Democrats.

Despite Krane’s attempts at deemphasizing himself while campaigning, he still believes some Democrats in Athens continued similar attacks to 2019.

On Oct. 13, The Athens NEWS reported leaked audio it received from a local Republican luncheon where Athens Mayor Steve Patterson was present, launching attacks at both Krane and Virjee to his opposing party. The lunch was private, with neither Krane or Virjee present.

Krane and Virjee both believe the audio exemplifies the political corruption and lies present in Athens. Now, despite recent losses, Independents are looking toward the future and increasing political involvement.

Virjee, who uses she/they pronouns, had never run for office prior to 2021.

Virjee was motivated to run for Council to bring more equity to all of Athens’ neighborhoods and because they saw a lack of representation on Council. Because of their lack of experience, however, Virjee said they had to overcome perceived shortcomings while campaigning, some of which were reinforced by Patterson during the Republican luncheon.

Virjee said Patterson referred to her as a girl and a bartender in the leaked audio, and she also said claims in the audio were blatantly untrue. She believes Patterson conflated a lot of her politics to those of Krane, who was Patterson’s opposition in the 2019 mayoral election. It was clear to Virjee that Patterson had not read about her platform or politics.

“As much as it was humorous in a very dark way, I can't help but be shocked because I think we all know that politics can have some corruption, but for it to be presented so candidly and … in such a revealing way … you have to wonder how many other conversations there were like these that don't get leaked,” Virjee said.

Virjee said many people she talked to were appalled at the leaked audio, and it served as an exposure to the “dark underbelly” of Athens’ politics.

“You have to wonder how many other conversations there were like these that don't get leaked.” — Iris Virjee, independent candidate for Athens City Council

Krane said Patterson’s claim about him never serving on a city commission is also untrue, as he served on Council’s ad hoc committee for mobile vending in 2018 and 2019.

“Patterson has always been a very corrupt person,” Krane said. “He's always lied to benefit himself, and it's only now that people are willing to see that. And so, I think it will take longer for them to make the other connections that ought to be made, unfortunately.”

Patterson did not respond to a request for comment.

An Oct. 26 Ohio University College Democrats event allowed for some of those grievances to be aired. Grant Perry, a senior studying geography and political science and the OUCD president, said the event was intended to be an opportunity for OUCD members to talk to Patterson and bring up some of the recent controversies surrounding him.

Perry said members addressed those controversies in a very respectful manner, and Virjee did too.

“I know that (Virjee) did have a really strong impact on our members,” Perry said. “They were really happy with the way that she was very civil, she was respectful, she asked hard questions. And overall, that was a great interaction, not just between her and the mayor, but also between her and our students.” 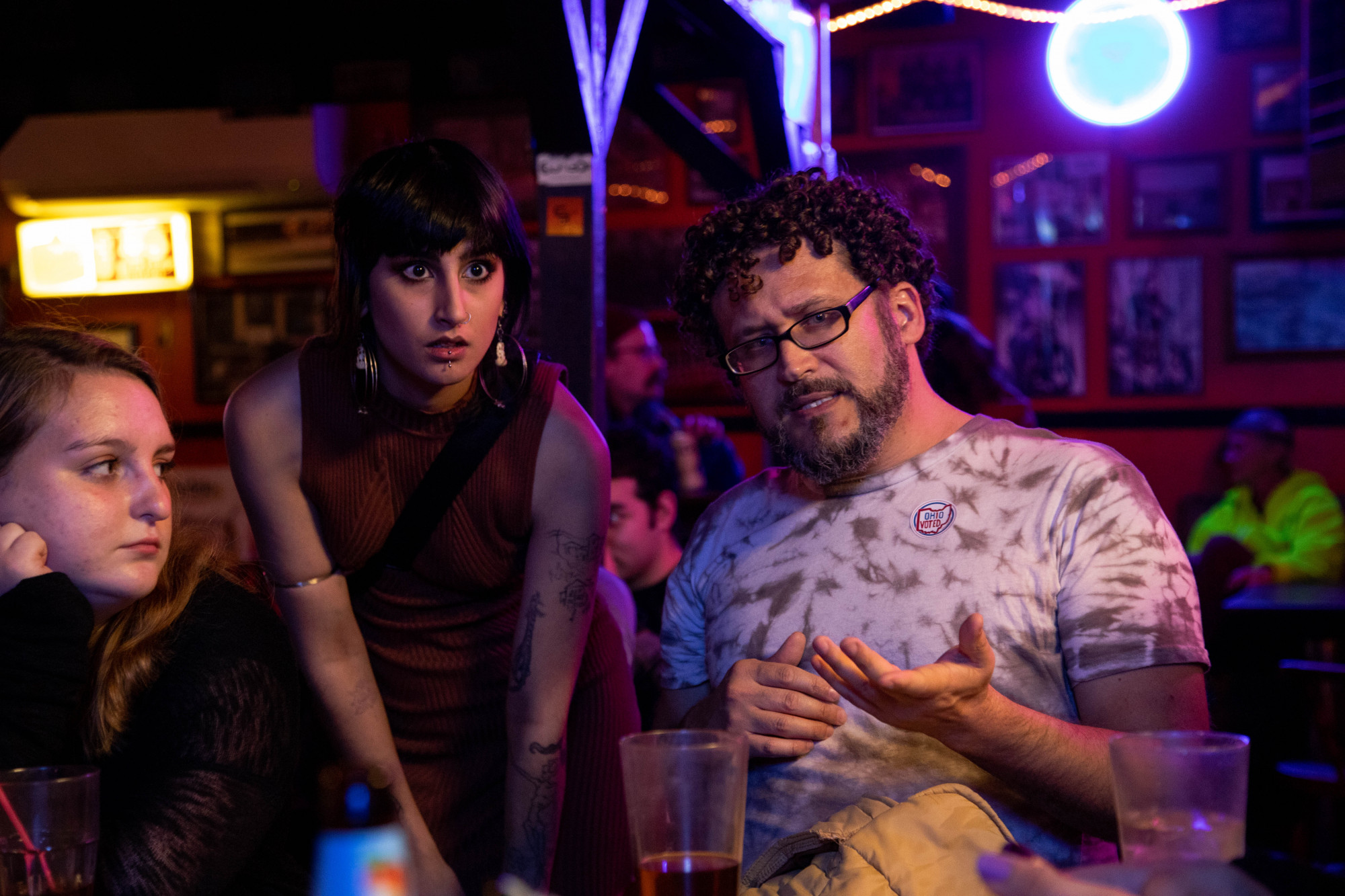 The event was close to finishing when Krane arrived, Perry said. The event subsequently “broke down” into Krane and Patterson yelling, and Perry said he wrapped up the event after OUCD members sent text messages asking him to intervene.

“It's not that we have an issue with holding elected officials accountable,” Perry said. “The issue was the antics that went along with it and just made our members very uncomfortable. And we just were not going to have that in our space.”

Krane said the meeting — similar to the leaked audio — is reflective of how Patterson tries to avoid situations where the public can confront him. Virjee agreed, saying the interaction gave her more confidence in herself and a look into Patterson’s character.

“I was like, ‘Yeah, I might just be a girl and a bartender, but not you,’” Virjee said.

Despite there being a special election for Ohio’s 15th Congressional District on Nov. 2, voter turnout in Athens was still low.

County-wide voter turnout was at 26.86%, according to unofficial Election Day results from the Athens County Board of Elections.

Max Burton, a freshman studying journalism at OU, thinks student voter registration was an issue this election year. While Burton said there were many people on campus who helped register students to vote, he thinks many students put off registering or forgot to request an absentee ballot if they chose to vote in their hometown.

Perry said OUCD has done small voter registration drives in past years, which are not always successful. This year, however, OUCD partnered with OU’s Office of Community Engagement and other student organizations on voter registration drives. The partnership led to a higher success rate, Perry said, and OUCD would like to continue the partnership for future elections.

Burton also thinks the low voter turnout was due to students not being aware of Election Day. Burton voted Nov. 2 at Baker University Center, where many students living on campus go to cast their ballots.

“It was actually really disappointing showing up to the polling place,” Burton said. “I got there early with an expectation there would be a line and I was going to have to take a portion out of my day to go vote. Not a single person was there.”

Perry said as someone who is affiliated with a political organization, his circle seemed in tune with Election Day. Many of Perry’s friends and those in his circle were especially interested in the special election and supporting Democratic candidate Allison Russo, he said.

Similarly, Grace Anne Gasperson, a junior studying war and peace studies and religious studies, said she has voted in the past six to seven elections and grew up in a very political family. Once the audio of Patterson leaked, she felt even more determined to get her friends out to vote, although the audio did not impact the way in which she voted.

"My decisions were kind of made long before that,” Gasperson said. “I agree with the way that McCarey, Ziff and Grace have comported themselves. I think they've made sensible decisions, and I tend to value sensibility quite a lot.”

Burton said he was not aware of the leaked audio. If he had known about it prior to the election, Burton said he would have checked out Krane and Virjee’s platforms. It ultimately would not have swayed him, however, as Burton said he tends to vote along party lines.

Despite the dip in voter turnout and their respective losses, Krane and Virjee don’t see Election Day as a total flop. Krane said he received more votes in the At-Large City Council race than he did for mayor in 2019. Virjee can now go into future elections with more confidence and experience.

Both Krane and Virjee plan to continue organizing in Athens. While some of those heavily involved in Athens politics — including Gasperson — were not surprised to hear Patterson’s remarks in the leaked audio, Krane sees it as an opportunity to continue to put pressure on the democratic party from the outside.

“It shouldn't have taken the meeting with Republicans, but it did,” Krane said. “And I think it'll take a lot more before more people are willing to apply similar scrutiny to other members of the local Democratic establishment.” 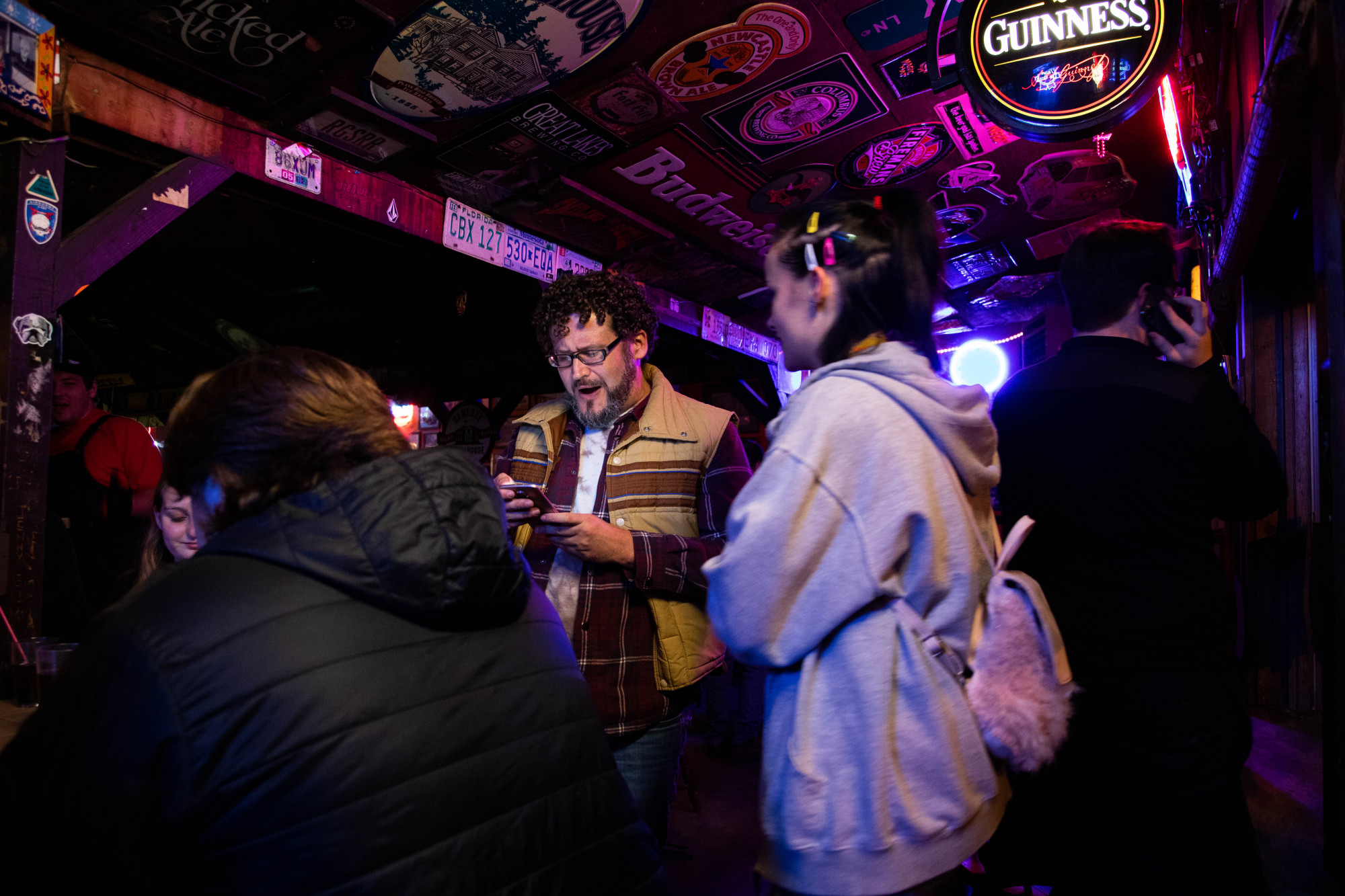 Krane believes Athens politics are moving in the right direction — they’re just moving slowly. He said the demographics of those who vote is what needs to change in order to shift the trajectory of Athens politics.

A majority of Athens’ population is renters and students, Krane said. He said in contrast, those who vote are usually homeowners who are more affluent. Once students, renters and low-income individuals realize they can change the policies that negatively impact them through voting in city elections, the nature of Athens politics will continue to evolve, Krane said.

“That's a real uphill battle, because the notion of voting in a city election, I think, for most students, most low wage workers, is really insulting, because they think it means … giving consent through participation in the system that screws them over,” Krane said. “It's going to take a while to get beyond that.”

While Virjee was the only one of the roughly 100 candidates Krane reached out to who decided to run for office, Krane is ultimately glad he found another way to encourage Independents to run. For Virjee, she hopes her decision to run inspires more candidates to run in future elections.

“I think I won a lot in 2019. I think I won a lot this year,” Krane said. “I didn't win a seat on Council, but I won a great deal of leverage to affect city policy and to affect the makeup of Council. I can keep doing that. Other people like me can keep doing that. We can keep moving our city in a more progressive direction that way, but for us to ever win seats in city government, that's all about turnout.”