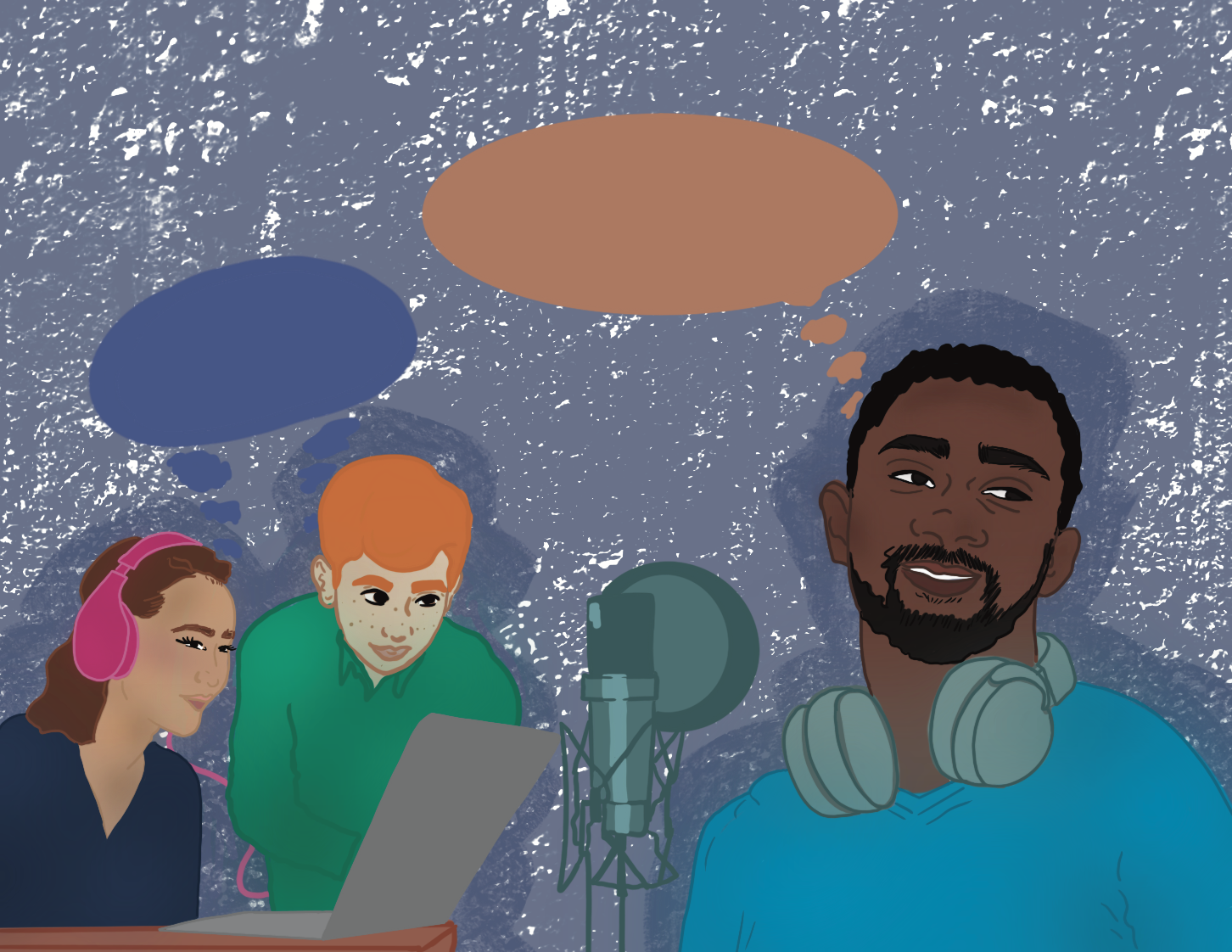 Young professionals thrive in the music industry as artist managers

I f you have ever wondered how certain musical acts reach and maintain virality and become the face of the music industry, it is more than likely that they have a manager behind them, pushing for their success. Behind the scenes, artist managers handle the publicity of their artists and schedule their artists to perform at events that could jumpstart their careers.

Artist management consists of more than just the representation of an artist, though. It consists of establishing an artist’s main image and target audience, marketing to the right crowd, scheduling performances and being there for artists when they are experiencing blocks in creativity or motivation.

Some aspects of artist management require money, and for young managers of underground artists, money is not always in the equation. To combat a lack of resources and experience, rookie managers find creative ways to attract more attention for the people they represent and create special bonds with their fans.

For those just starting out their career as managers, the lack of experience and resources can be intimidating, but with passion for music and the artists they represent, they find creative ways to boost their artists.

Ryan Carrigan, an artist manager from Quincy, Mass., started managing in 2019, when he was a sophomore at Salve Regina University. He started by working with some fellow students at his college, and over time, he started networking and reaching out to people he knew who worked in the music industry, which introduced some new opportunities for the music management newcomer.

Carrigan said when he first got started in the business, he was not well prepared because he had not been exposed to the chaos of the industry yet.

“That’s kind of something that I’ve learned has been like a constant throughout this type of career,'' Carrigan said. “You’re never going to be fully prepared for a situation … You’re constantly getting thrown into new situations that you don’t have experience in.”

One aspect of the music business that managers spend a large amount of time on is publicity, and the bulk of publicity is found through various marketing campaigns. Most marketing plans, such as social media advertisements or billboards, require a decent amount of money, but they are necessary in order to gain exposure for artists and raise their streams on streaming services, like Spotify.

“There's just so much that goes into it, and it just takes so much allocating and time management, being as resourceful as you can,” Carrigan said. “The adversity you face is not always being prepared and not always having the resources for what you want to do." 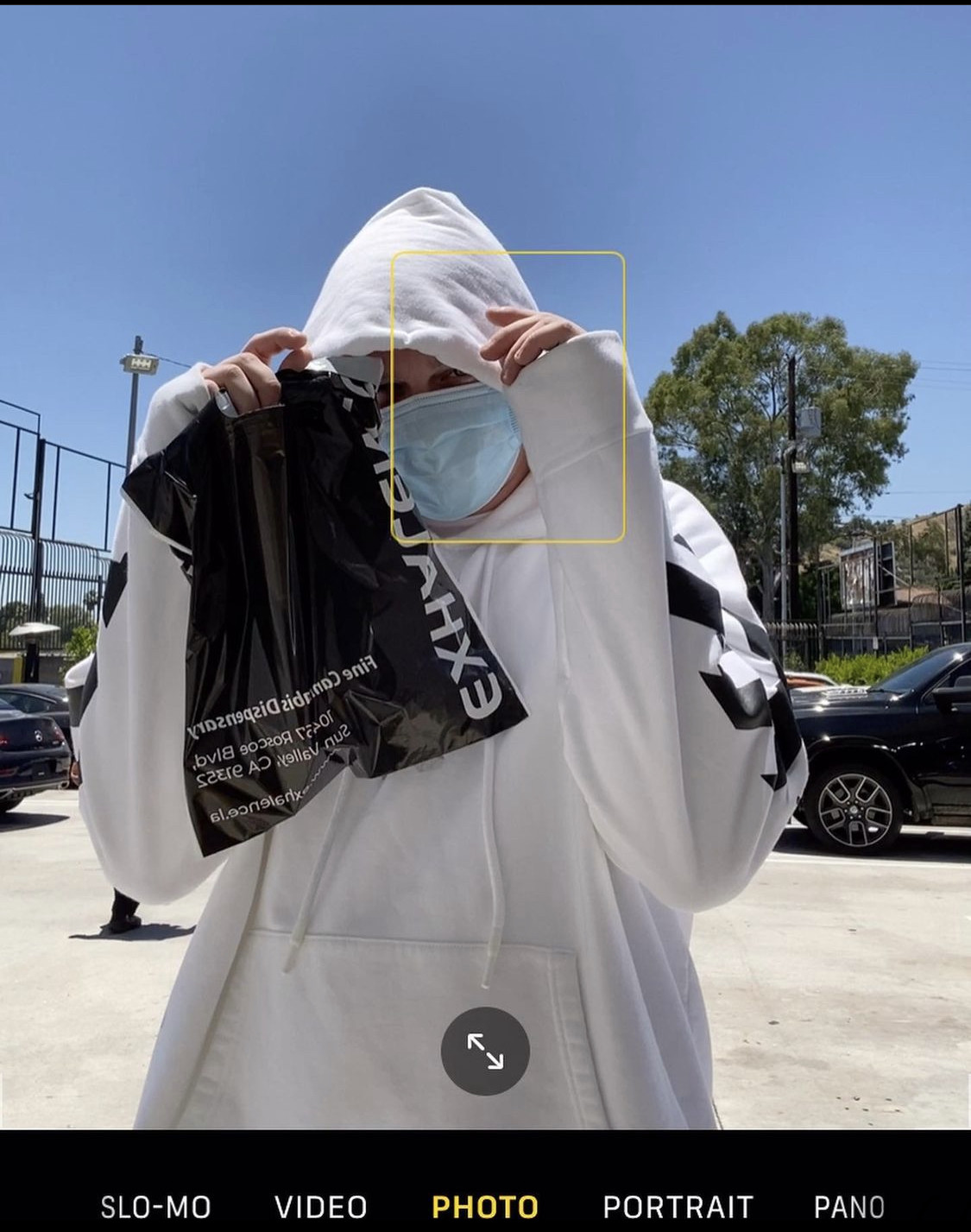 Carrigan said no matter how big someone’s creative vision is as an artist manager, the biggest hardship is not having the money or resources to execute plans.

However, over time, artists and their managers in the underground community build up large followings with diehard fans, so the money for marketing is no longer an issue.

The diehard fans Carrigan discusses discover an artist, buy their merchandise, watch their Instagram lives, talk to them on Discord and so much more. Underground artists attract dedicated fans because they take the time to connect with them through social media, and they form a deeper connection than mainstream artists often have with their fans.

“It’s rare that you see [diehard fans], and the times that you do are when artists are bigger than life,” Carrigan said. “[XXXtentacion] was so big because he had such a diehard cult following, and that stems from that underground foundation.”

Zach Williams, an Ohio University senior studying integrated media, said artist management also includes helping the artist make financial decisions that determine what direction their career goes and making sure the artist is mentally stable enough to continue making music. Although he is not an artist manager himself, he works within the creative marketing side of the music industry and understands that to be an artist manager, one needs to have the connections to get their artist to the next step in their career.

“If they win, you win,” Williams said. 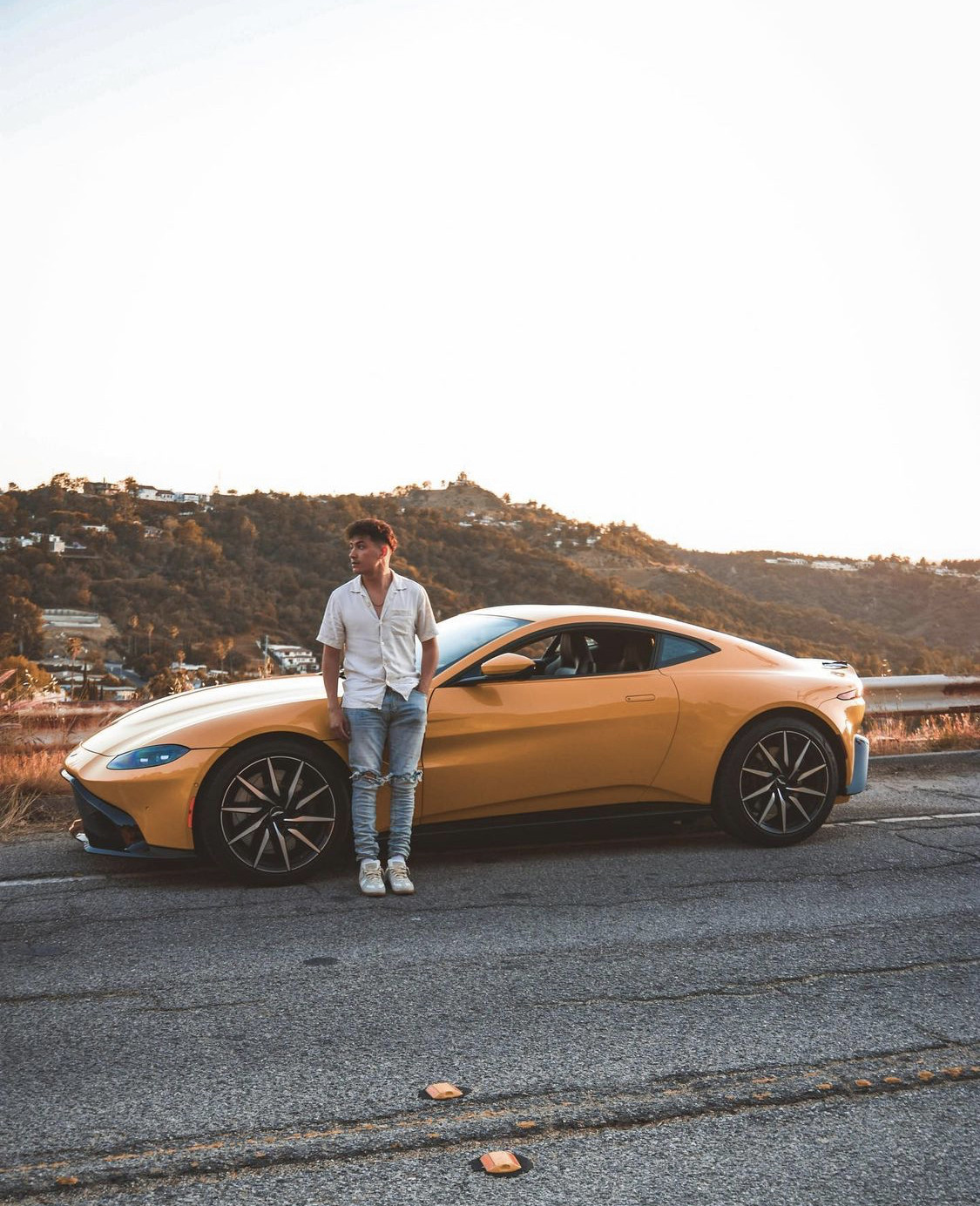 Williams said artist management is a difficult job, but those who can do it well can help their artists blow up. He said when artists choose to be independent rather than having a team back them up, they are hurting themselves because of the large amount of responsibilities required to be successful in the music industry.

“If they win, you win.”—Zach Williams

Peter Robinson is an artist manager from Massachusetts who has been in the business for several years now and has always had an appreciation for hip-hop music. He had a friend who made music in high school, and took up the role as a manager. He quickly learned more about the music industry and artist management as he worked with different musicians and helped jumpstart their careers, and he made connections with experts in the music business along the way.

Robinson then went on to attend and wrestle at the University of Maryland. While being a student and Division I athlete, he was managing and assisting artists from around the country. As his artists’ careers were quickly taking off, he decided to quit wrestling and take management more seriously. Robinson dropped out of college for a time and formed Olympus Projects, an artist management and consulting company, in 2017.

“Anyone that is a serious artist manager knows that sacrifice is really the key to being a good manager,” Robinson said. “You have to put other people first. So that's always been my mentality. I come from a sports background and a lot of my coaches were like father figures to me, and I owe everything to my wrestling coaches. I really learned what it meant to be a coach at a young age.”

Robinson said being a manager means putting other people’s well-being over his own, and making it his life mission to help others find their life mission. While in college, he and Zubin Gadhoke, a producer who attended UMD with Robinson and assisted with Olympus Projects from the start, developed a consulting course to help independent artists. 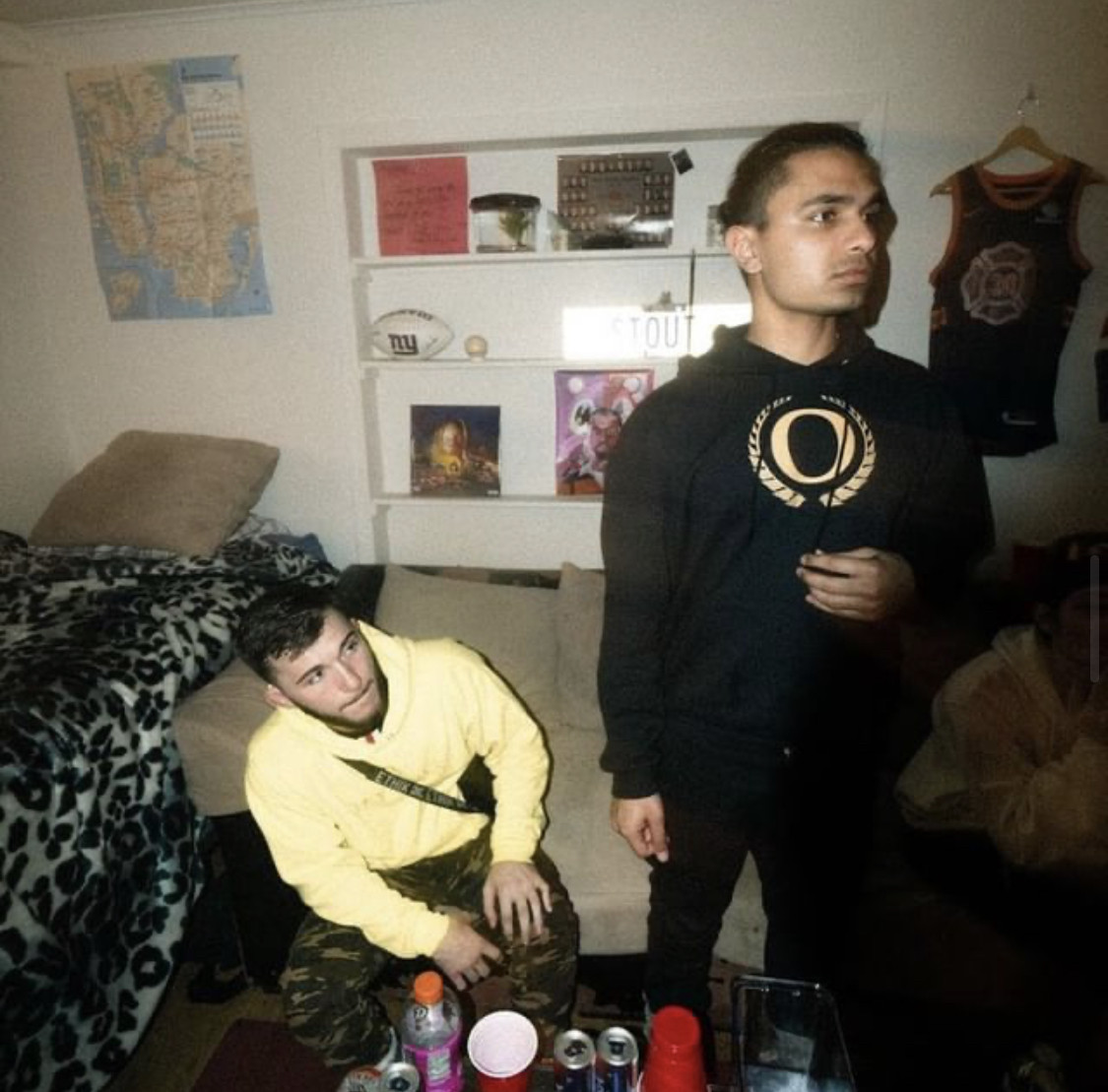 In order to recruit his artist roster at Olympus Projects, Robinson looked at independent artists across the entire East Coast, and he signed those whom he saw the most potential in. Robinson now manages an array of artists, and each of them have different platforms, spanning from hundreds of streams to millions of streams.

The industry as a whole looks to the techniques of the underground culture for inspiration.

Jacob Jackson, a 20-year-old music manager from Byron Bay, Australia, has been managing underground artists for a year and a half.

“A bunch of my friends at school were making fire music and not getting streams on Spotify, so I used my drive to help give value to them and get them out there,” Jackson said. “I was teaching them how to market, which was the biggest value I had that others were not doing. People, numbers and streams moved into all the different facets by making connections online.”

Jackson’s first artist outside of his friends was Hawaiian artist Aizayah Hills, whose music consists of upbeat chords and relatable lyrics. Jackson found him while on a deep search to find an artist that fit the image he was looking for: someone who makes music for people who enjoy traveling and sight-seeing. He was looking through location-based stories on Instagram, and while scrolling through an ocean of scenic images and videos, he came across Hills’ music on the sound of someone’s story.

“I wanted someone who created a vibe in the real world with their music and could add to people’s daily lives when doing fun activities, and Aizayah did that for me,” Jackson said. “He has strengths in his music applicable to so many different situations.”

Jackson believes the characteristic that separates him from other young artist managers is his authenticity. He said when juggling the business aspect of the music industry, people can lose a connection to the culture within and surrounding the music itself. He said in order to find the right artists for his vision, he faced trial and error. 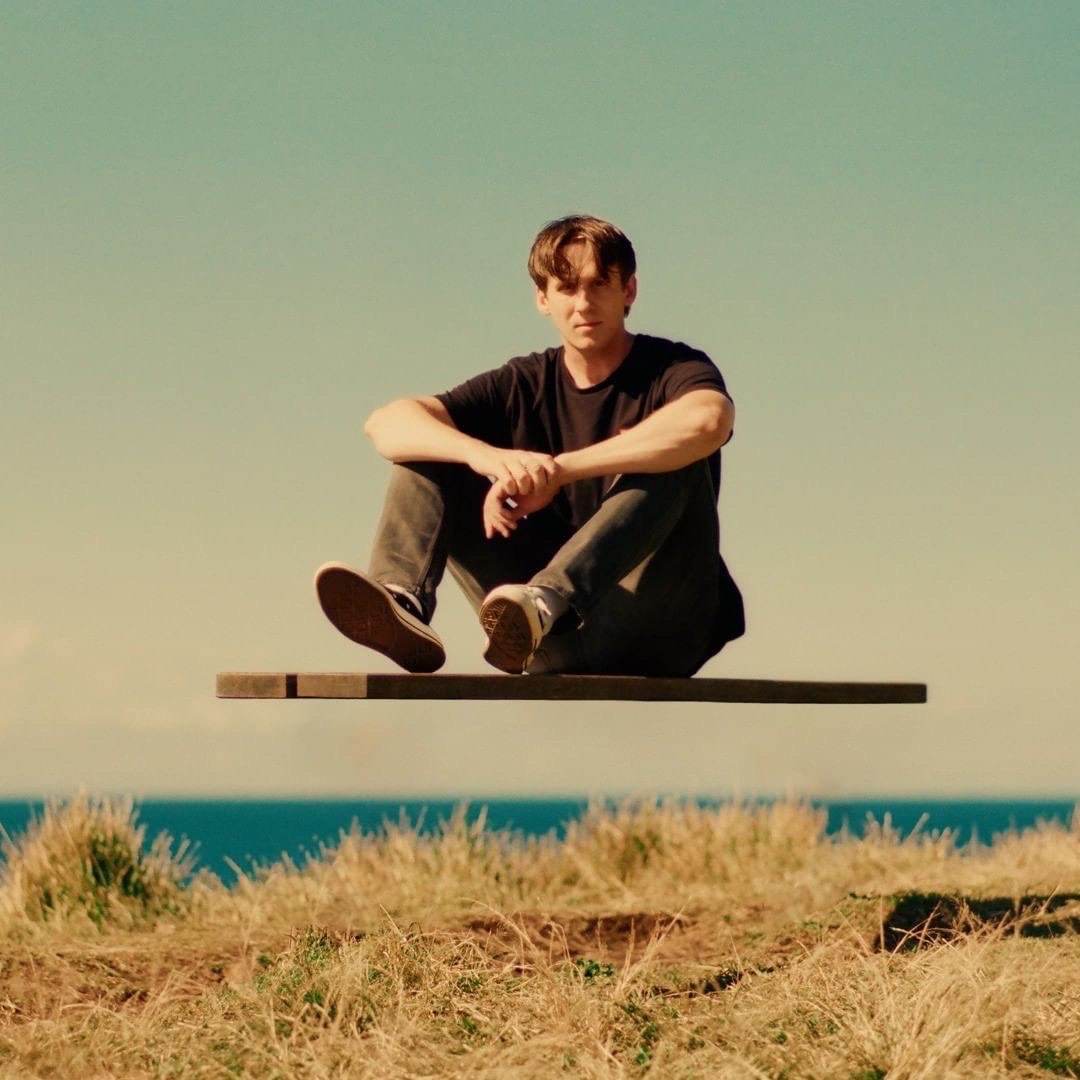 Aside from Hills, Jackson also manages Australian hip hop artist Kiid Spyro, who he describes as a talent with a vivacious personality. Spyro’s lyrics are both humorous and intense, on top of action-packed trap beats — a big difference from Hills’ music. Jackson said that while getting to know the two artists with distinct sounds, he has learned who and what to market their music toward. He finds that Hills works well with travel spaces and vlogs because he adds to what people experience while traveling, and he finds the most success when he emphasizes Spyro’s humorous aspect in both his music and personality.

Jackson said he has faced some adversity while launching his career as a young manager to underground artists he thinks deserve bright futures. He said when first starting out as a manager, he had a lot of ambition, but he did not have the resources or mechanisms to accomplish his goals. He overcame this by reaching out and making friends and partners in the industry.

Jackson warns people new to the industry about how they approach potential connections, mentioning that context is important so they are not seen as someone who is only interested in helping their own career rather than someone looking to develop a valuable connection. 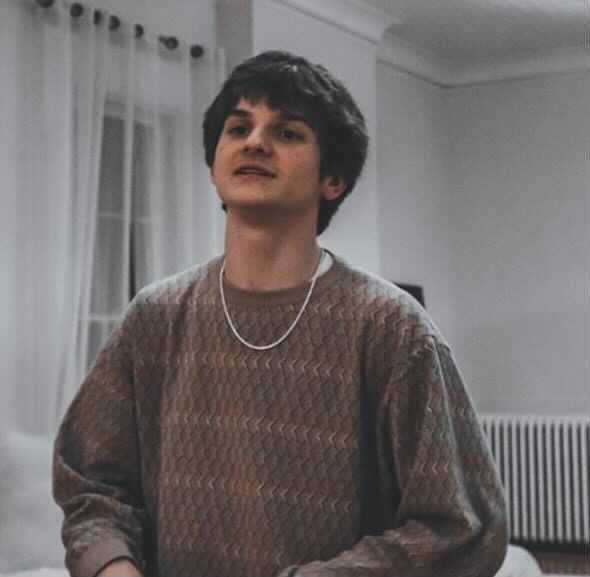 Eric Duwel is a 17-year-old A&R at 25/7 Media, an agency that represents a wide range of artists and content creators. A&R, which stands for artists and repertoire, is the department of a record label or agency that specializes in seeking new talent to sign and manage. 25/7 Media manages a wide range of artists, from alternative, to hip-hop and even pop punk, located from LA, to Atlanta, to New York.

Duwel is a senior in high school, but he takes his music management job a little more seriously than school, because he knows he has a future in the music industry business. He has been working in the industry since he was 15 years old. His day-to-day managerial tasks include finding beats for his artists, communicating with his artists about how they can help them achieve their goals and reaching out to influencers about doing promotional posts with his artists’ music.

He has launched a successful career and developed important industry ties as a young professional in the music industry. He said older professionals have not treated him differently because of his age, and he is treated with respect and trust.

“When I was running the Tik Tok campaign for SZA’s ‘Good Days,’ the label was never like, ‘oh, this kid’s 17,’ or like, you know, ‘he's a kid, he's going to scam us,’ or like, ‘he sucks.’ It was never anything like that. I was able to execute and get the job done,” Duwel said. “And that's what people want.”