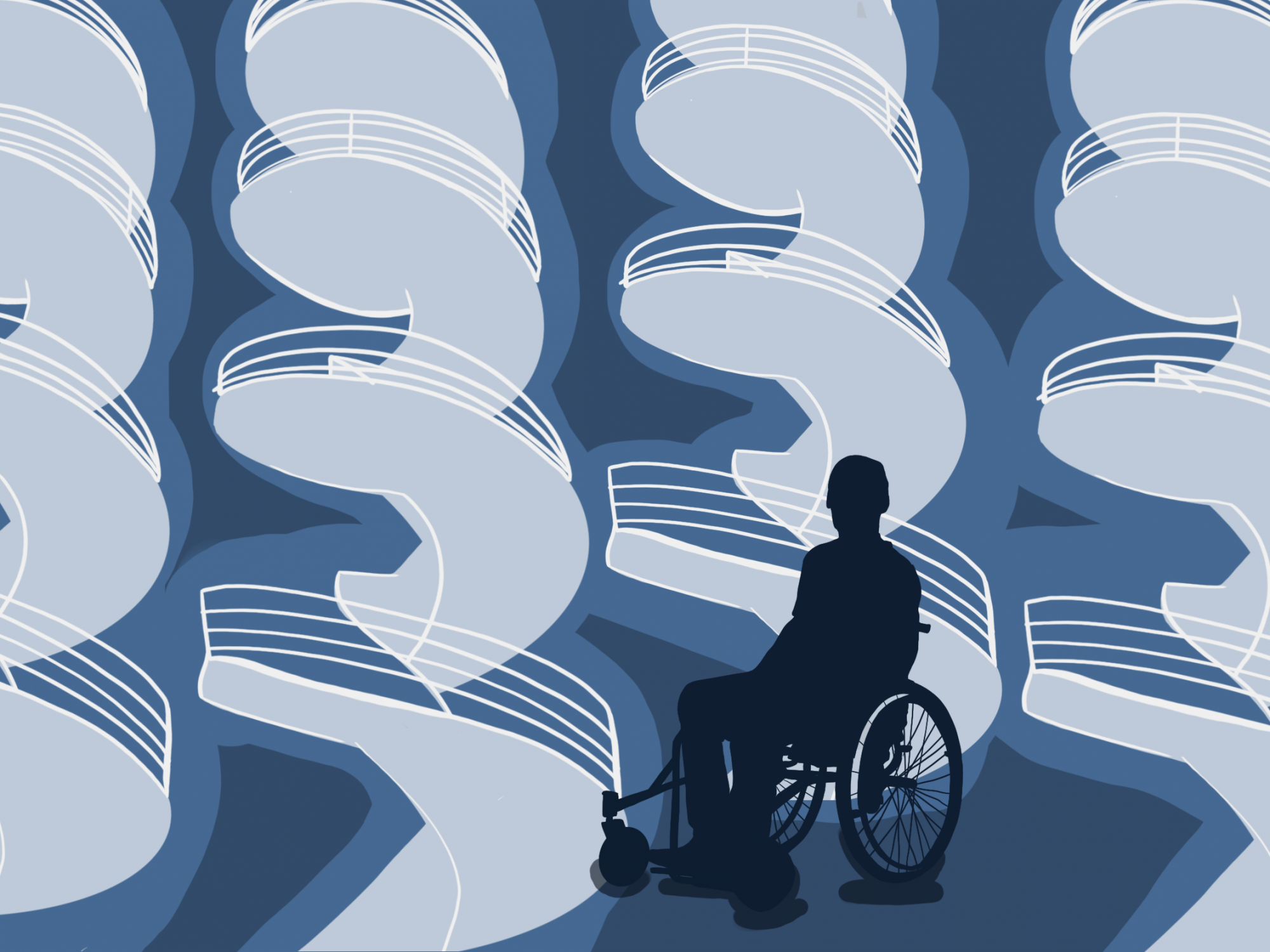 Athenians with disabilities find a lack of accessible apartments

W hen Davey McNelly moved to Athens eight years ago, he could not find an apartment or affordable house that was accessible for his power wheelchair.

During his search, McNelly found his income was too high to qualify for accessible Housing and Urban Development apartments. Because of that, the only places available were apartments he could not properly use or expensive houses he would have to renovate.

“It's an ableist thing that so much of Athens housing stock isn't made with accessibility in mind,” McNelly said. “You know, people just don't even consider building apartment units with universal design in mind.”

“There's an elderly population in Athens as well who are now having to put 20, 30, 40, $50,000 into their homes and make it accessible to them,” McNelly said. “And they just built it 20 years ago and didn't think to do that beforehand, and they just can't find new places to buy that are already made for their accessibility.”

Because there are so many aging buildings in Athens, there are few housing structures that are completely accessible.

According to the Fair Housing Act of 1990, its design and construction requirements apply only to apartment buildings or condominiums that were built before March 13, 1991. The building only has to be compliant with that act if it is able to house four or more family units.

A majority of the apartments and houses in Athens were built long before 1990, according to research conducted by Vogt Strategic Insights. Therefore, they do not have to strictly follow the Fair Housing Act’s design requirements.

“So we asked for (curb cuts), but then when they actually did it, there's about a one-inch lip from the curb cut to the street, so it's very difficult for someone using a wheelchair or someone using a cane to be able to traverse that.” -Davey McNelly, Athens resident

David Riggs, director of Code Development and Enforcement in Athens, said the Americans with Disabilities Act, or ADA, requires building owners to remove things that would inhibit accessibility for those with disabilities in older buildings that are “readily achievable.” Legally, “readily achievable” means a renovation or change can be done easily and without a lot of difficulty or money involved.

Readily available changes could include adding curb cuts, or ramps cut into curbs to provide accessibility for wheelchairs, to sidewalks and entrances, rearranging furniture, widening doors, using accessible door handles, removing toilet partitions to increase space for maneuverability and removing loose, shaggy carpets, according to section 23.304 of the ADA.

Some apartments are bought without being ADA-compliant, Brad Jageman, co-owner of Athens Ohio Rentals, said.

“I guess I can't completely rebuild a structure to be handicap-accessible,” Jageman said. “And I think there's probably plenty of places where somebody that needs a handicap-accessible apartment can go because there is quite a bit that was built after 1990.”

While there may be some apartments available to people with a disability, there are fewer options for Athens residents like McNelly, who does not qualify for HUD housing or cannot afford to renovate a house.

“I think a lot of landlords don't really think about accessibility when they're building or when they're renovating apartments, and I think a lot of local landlords could start thinking about that and start making some of their housing stock wheelchair-accessible,” McNelly said. “I would like more housing that is mixed middle income that is accessible.”

In addition to inaccessible housing, McNelly also finds there are parts of the city of Athens that are not accessible. He references the sidewalk at the intersection of Union and Court Street that was renovated after the 2014 Union Street fire.

“So we asked for (curb cuts), but then when they actually did it, there's about a one-inch lip from the curb cut to the street, so it's very difficult for someone using a wheelchair or someone using a cane to be able to traverse that,” McNelly said.

There are places that work to accommodate people with disabilities, though, McNelly said. Casa Nueva, 6 W. State St., goes out of its way to make accommodations for its customers.

“Casa Nueva got Braille menus recently and put in a push button to ring to be let in,” McNelly said. “So that's above and beyond what they need to do.”

“But, you know, with private residences, they don't have any rules about making a certain number of their apartments accessible,” McNelly said. “It makes it so there's no other housing in stock. (It) also limits people's social lives as well because they can't get into other people's houses.”