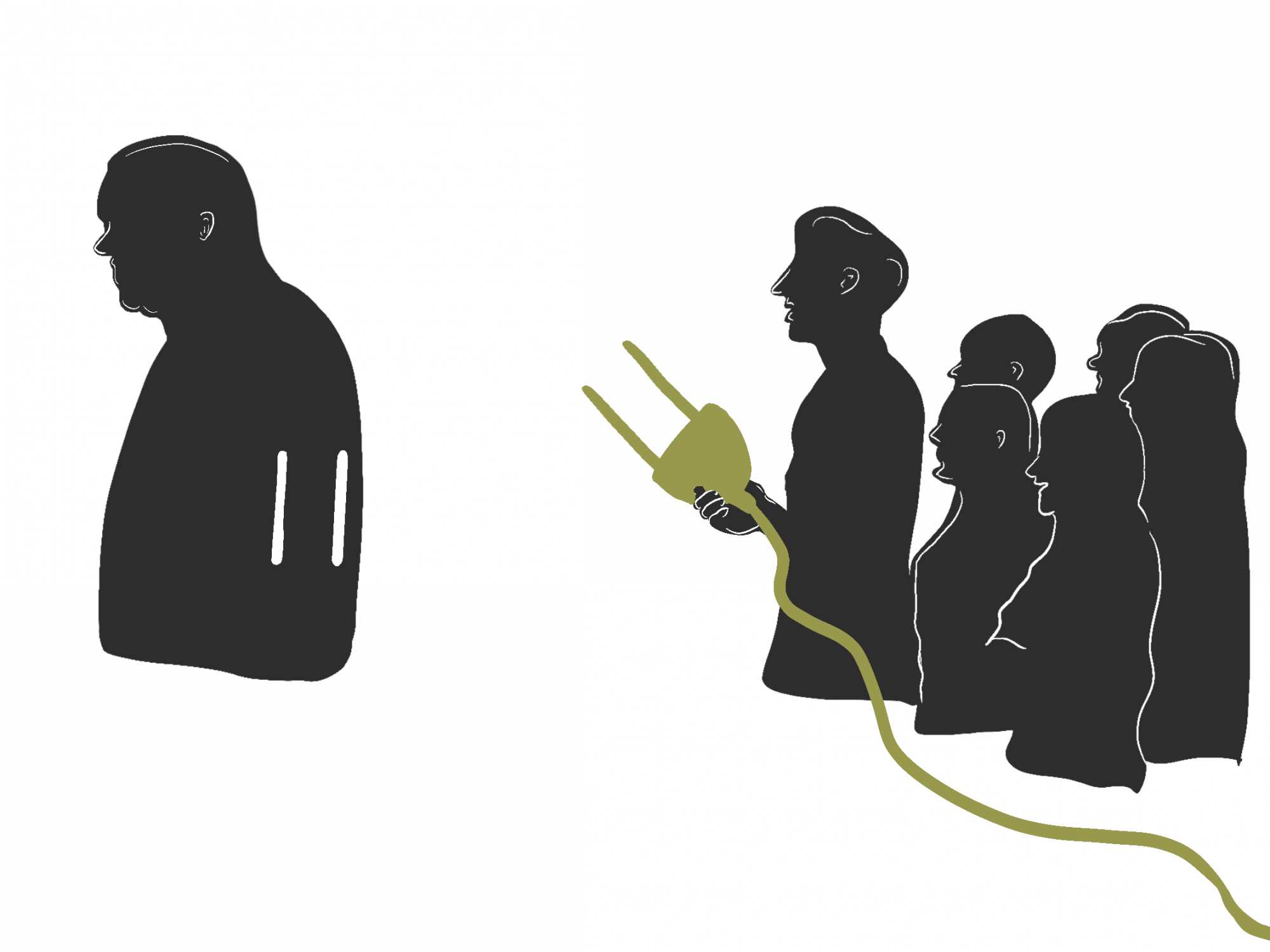 How miscommunication led to disconnect. Looking at the tension between OU administration and OU students and faculty

O hio University has been faced with intense scrutiny over the last few years regarding an alleged budget crisis and inclusion of minority groups on campus.

Disconnect can be defined as a severing of connection between two entities. At OU, the students and faculty, as one entity, are severed from the administration, the other.

When asked if they believed there was a disconnect between the two entities, there was an overwhelming “yes” from faculty and students. When administrators were asked the same question, the answer was “no.”

So where does this idea of a disconnect lie, and why does only one entity believe in it?

OU Fun Facts, a student group that shared flyers of OU budget fun facts in fall of 2019, began a movement against administrative budget cuts through protests and community roundtables.

In May 2020, the crisis led to the elimination of 53 faculty positions at Ohio University, along with cutting an additional 81 positions other than faculty. Following these layoffs, tensions grew between OU administration and the rest of the OU community.

Save OUr Profs picked up where OU Fun Facts left off in defending the OU faculty through social media and attendance protests to support faculty and other staff members who lost their jobs.

Joe McLaughlin, an associate professor of English and the vice president of OU’s American Association for University Professors, said the overriding issue has been these layoffs and how money has been handled by the university. 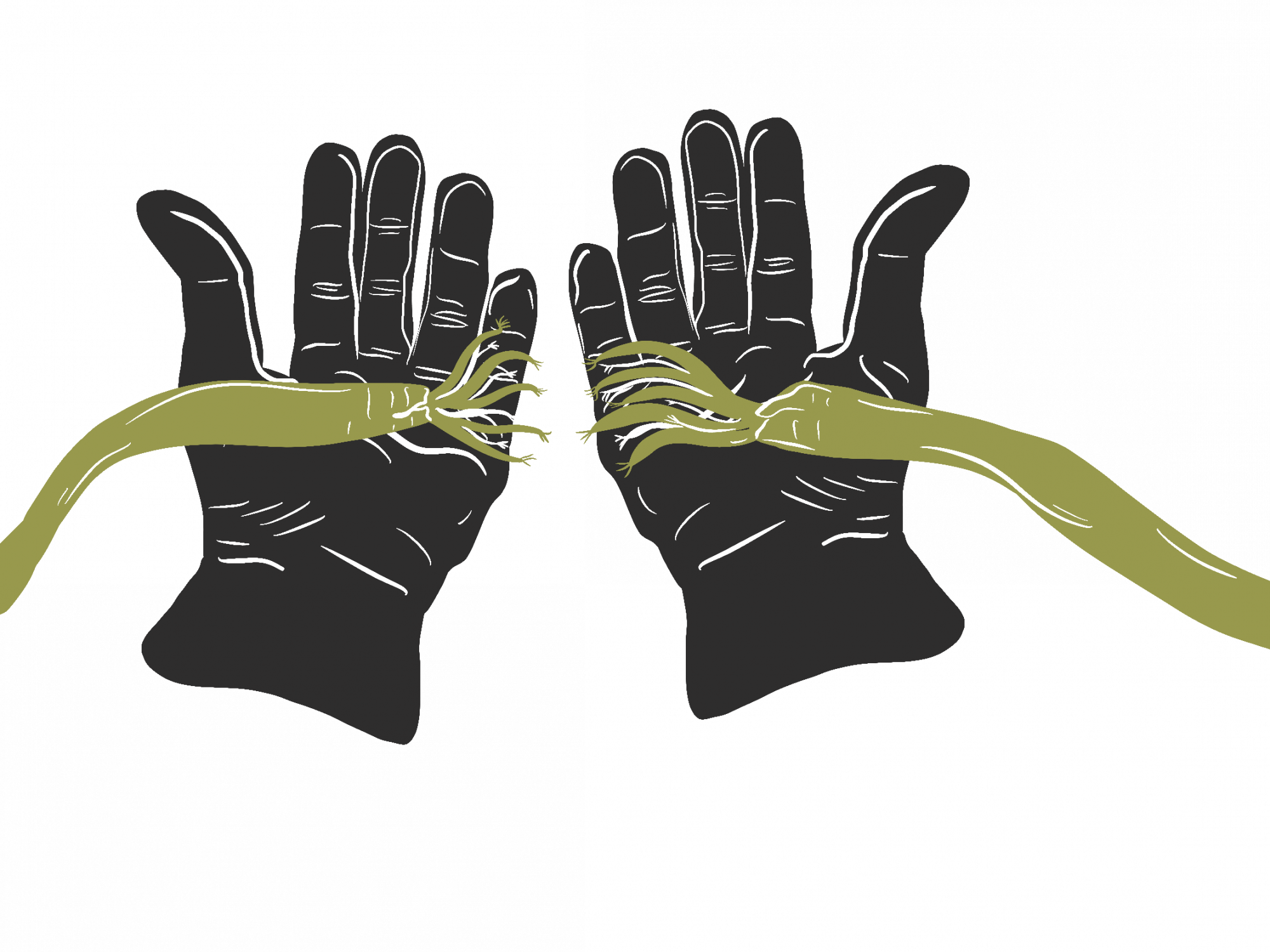 “I'd say most people are not convinced that that was something that the administration had to do, and that there were other options that could have been discussed,” McLaughlin said. “It's not like we didn't speak up proactively to try to change the course of events … I don't think there's a sense that the university made a serious attempt to engage faculty in that dialogue.”

Since those protests to the layoffs, McLaughlin said he’s only seen the administration defend high administrator salaries and continue an audit culture of expensive data collection.

“It's very upsetting that the message from Cutler Hall seems to continue to be that the faculty … are not being sufficiently strategic,” McLaughlin said. “What nobody ever seems to step back and say is that it costs a lot of money to create, to collect, to curate, to distribute, to analyze data. And I think that the university can save a lot of money if it was less obsessed with spreadsheets and measuring things.”

This administrative bloat has been recognized by students as well as faculty.

Becky “Eliza” Ivan, a fifth year student studying political science and the president of OU’s student senate, said she took the budget cuts in the law, justice and culture department hard. Ivan said she had to reconsider pursuing a graduate degree from OU.

Luvina Cooley, a junior studying anthropology, has similar concerns, as she worried the anthropology department would be so cut down that her degree would lose its value.

“I have a lot of friends who knew the previous director of the LGBT Center who was then let go,” Cooley said. “I think it damaged a lot of trust because there wasn't a lot of open communication about it. For a lot of them, they felt very targeted by it.”

The theme of miscommunication has also carried over into the Division of Diversity and Inclusion with the inclusive excellence strategic plan. According to a previous Post report, the plan was presented to the Board of Trustees in the 2021 Spring Semester. At the time, students had generally negative comments on the plan.

“In comparison to other schools, like if you look up, diversity inclusion plan for any other school, there's like an index of 40 plus pages. Our is just 15,” Ivan said. “I really want to work with other commissioners in the senate that represent diverse communities to work on it.”

The Visible Campaign was also part of the inclusive excellence strategic plan. The goal of the plan was to express diversity and inclusion values throughout OU. Lauren Brown, a junior studying chemistry pre-pharmacy, the president of the Black Student Union and treasurer of the Unified Sisters, said she believes the campaign is lacking.

“I really only think the university cares about the money. I think they're gonna do whatever makes them look good.”—Lauren Brown

Additionally, Brown said she doesn't feel like she can rely on the university. She believes that students must create their own change in order for it to happen.

Around the same time the university announced a scholarship named for George Floyd during the summer of 2020, the Black Student Union met with Gigi Secuban, the vice president of the Division of Diversity and Inclusion, Jenny Hall-Jones, the interim vice president for student affairs, and former President Duane Nellis. Brown said they were told by Nellis to not expect anything to come out of the conversation.

“We had a good two hour conversation with them … giving them suggestions and telling them how everybody in the community is feeling,” Brown said. “And basically from that conversation, all they really did was give us excuses and reasons why they can't do what we suggested. It stuck with me ever since because literally nothing has came about that conversation … They continue to do nothing about it.”

Jake Boyk is a senior studying communication studies and integrated media, the secretary and co-founder of the Asian American and Pacific Islanders Student Union, or AAPISU, and a diversity leadership ambassador for the Division of Diversity and Inclusion. Unlike Brown’s experiences, he said the administration has been very supportive in their creation of the AAPISU earlier this year.

“The OU administration has helped us with the founding of this new organization … They've been nothing but helpful,” Boyk said. “I'd like to see more administration get on this side of diversity and inclusion here at the university … We're making progress slowly but surely, but there's always more to be done.”

However, the frequent lack of communication between the two entities has been repeatedly noticed by students and faculty. Administration members, including Jenny Hall-Jones, Duane Bruce, the interim assistant director of the Multicultural Center, and Micah McCarey, the director of the LGBT Center, all recognize this problem.

“Because of our lack of ability to share broadly on some of these topics, especially around employment and conduct, it seems like there's a lack of transparency,” Bruce said. “There is a process and that this is what we do, and that we're kind of bound by some things to not share specifics, but we can share in generalities what's going on and how the university responds when things happen.”

Carly Leatherwood, the executive director for communications at OU, emphasized that many petitions made on change.org by students often go unnoticed by the administration because they are not directly approached by them.

“Once you get a mass of people that have signed onto these petitions or that you're excited about, you should actually send that to somebody,” Hall-Jones said. “Because sometimes they're in the ether and we don't know about them.”

When it comes to the inclusive excellence strategic plan and the Visible Campaign, Bruce acknowledges the slow movement but encourages OU students and faculty to see the potential in the plan.

“We can't do everything at once … What I've figured out over time is that oftentimes, and particularly when it comes to diversity, equity, inclusion work, these things happen in phases, stages and steps because it's a complicated systemic issue,” Bruce said. “If you do that without taking the time to help people reflect and to get into the hearts and mind changing process, then it doesn't become transformative change.”

Relating to budget concerns, Robin Oliver, the vice president for Communications and Marketing at OU, said the administration plans to make the adjustments necessary to balance revenues and expenses as they look ahead to Fiscal Year 2023 but said they have been operating with more money being spent than money coming in, in part because the university has seen a decline in money from enrollment.

Rather than seeing a disconnect, administrators see a tension between the two entities. Bruce said the tension he sees has been at every school he’s worked at previously, and the tension is needed to hold institutions accountable.

McCarey said the idea of this tension is supported by the idea of “the man” and imagining a group of people to be in opposition of.

On both sides, people have been hurt. Whether it be from a lack of communication or understanding, a disconnect or a tension, students, faculty and administrators have experienced a lot of pain associated with their issues.

“Sometimes we have to make tough decisions that we know aren't going to be popular, but it's because it's the right thing to do for the good of the organization and for the good of people who belong to the organization, and it's hard for me to see my friends and colleagues getting beat up unnecessarily about decisions that people don't agree with,” Leatherwood said. “Everybody [Hall-Jones, Bruce and McCarey] has put their heart and soul into everything that they're doing and I mean for me, knowing them and knowing how much they care it's hard sometimes.”

Faculty has felt the same way, especially when reflecting on the friends they lost due to the layoffs. McLaughlin said he lost close friends from the university due to the cuts made last year.

Students similarly have also felt hurt by the university. Brown doesn’t feel like the university has done anything to change this.

“It's the lack of communication, or the lack of doing anything that has really opened my eyes to how universities work,” Brown said. “It's sad, and it's disappointing, but it's also not surprising … I'm still upset about this, and I wish it wasn't this way, but also, it's the reality.”

One thing that all these students, faculty and administrators all agree on is that there must be more work towards creating change at the university. An increase in transparency and communication is important on all sides.

“I don't think there's one way to get to a solution on several of the things that we're talking about particularly around diversity, equity, inclusion,” Bruce said. “We're always open for feedback … We really care deeply about this stuff, and we want to be responsive.”

McLaughlin said the faculty wants to be involved in decision-making more in the future.

“The administration needs to engage faculty more fully. Not simply in consultation, but in the decision making process,” McLaughlin said. “What they never seem to want to talk with faculty about is how decisions get made with the money within a university, how it gets distributed, how it gets allocated, how the university goes about making decisions.”

Ivan emphasizes the importance of getting involved with student issues through student senate.

“It’s intimidating to go to administrators as a student, and speak up, but we do have those students speak out at general body meetings that people can come to,” Ivan said.

With these new ideas to bridge the disconnect, the two entities will continue to address the issues faced by every student, faculty and administrator at OU.

“I think through active community participation we can start to see progress when it comes to the relationship between the administration and the students,” Boyk said. “I think it will take time, but it's definitely worth our time and effort, because we want to be a community in a culture where everybody feels like they belong and they know what's happening and acknowledged, and right now it's the fact that not all students feel like that.”